With over 35 years of specialized experience in aviation, medical practice, defective products and automobile and trucking accidents, we represent victims and families of those who have suffered injury. The Firm is known for handling all types of complex personal injury and wrongful death cases involving products liability, medical malpractice, construction, automobile/trucking and aviation accidents. Our aviation experience includes accidents involving major commercial airliners and general aviation, military, private and business aircraft. Mr. Rosenberg regularly appears on television broadcast news channels including CNN and is recognized for his expertise. He received the highest “AV” rating by Martindale Hubbell, a rating he has held for over twenty-five years and is also listed in Super Lawyers. The Firm is dedicated to representing plaintiffs in complex litigation in a compassionate, understanding and professional manner. All fees and costs to retain our law firm are charged only when we earn a recovery for you.  We seek justice for all who have suffered injury.

The Firm represents injured passengers and family members killed in major commercial airline disasters. The following highlights a few cases in which the Firm has been involved.The Firm was involved in the disappearance and likely crash of Malaysian Flight MH370 which disappeared in March 2013. The Firm has and continues to represent numerous victims and families of the September 11, 2001 twin towers tragedy including the recent litigation arising from the 2016 passage of JASTA.  The Firm represented both American and European families as a result of the TWA Flight 800 disaster off Long Island, New York on July 17, 1996 and the Swissair Flight 111 crash into the Atlantic Ocean near Peggy’s Cove, Nova Scotia on September 2, 1998. In the TWA Flight 800 crash, an explosion in the wing center section fuel tank of the Boeing 747 aircraft caused the inflight structural failure of the aircraft. In the Swissair Flight 111 crash, an inflight electrical fire caused by faulty wiring compromised the flight crew’s ability to safely operate the aircraft. The disclosure of these failure modes resulted in new and safer designs to prevent these types of accidents from ever occurring again.The Firm also represents victims of general aviation accidents including those caused by the negligence of the Federal Aviation Administration. The Firm successfully litigated the inflight collision of general aviation aircraft. Mr. Rosenberg successfully prosecuted cases arising out of the inflight failure of vacuum pumps in general aviation aircraft which caused loss of flight attitude and navigational instruments and subsequent loss of aircraft control. The disclosure of these failure modes resulted in FAA mandated design changes in general aviation aircraft to prevent further accidents.

The Firm has successfully represented numerous clients who have been severely injured or killed as a result of deficient and careless medical care and treatment. The variety of medical malpractice cases includes failure to diagnose breast cancers, unintentional perforation of organs during surgery, retained foreign bodies, unnecessary and improperly performed surgeries, emergency room errors, gynecological errors, injury to newborns and hospital and physician departures from good and accepted safe medical practice.Many of these cases concluded with multi-million dollar recoveries that have improved the quality of life and provided fair and just compensation for the victims and their families.

The Firm has successfully represented numerous clients injured on construction sites as a result of deficient, defective and unsafe conditions, equipment and construction practices. This includes failure to properly provide workers with safety equipment, appropriate scaffolding, proper height elevating equipment and other dangerous conditions. Some of these cases include multi-million dollar settlements and more modest recoveries reflective of the injuries and/or death suffered by our clients or their family members.

The Firm has represented numerous clients seriously injured or whose family members have died as the result of design and manufacturing defects in products. By their very nature, products liability cases require substantial technological expertise and resources to successfully prosecute against manufacturers with large staffs of engineers and lawyers ready to defend their products.We have represented clients injured or family members who have been killed involving electrical power tools, fork lifts, gas tanks, hospital equipment, ventilators, and many others. Our work often results in changes to the design and manufacture of products toprevent future accidents and a substantial settlement from the manufacturer.

The Firm represents the victims of those who have suffered serious automotive and trucking accident injuries.

The Firm represents families of the September 11, 2001 tragedy including businessmen, policemen and bystanders of this terrible disaster. We actively lobbied for change in the federally created Victims’ Compensation Fund meeting with government representatives in order to effect change in those aspects of the Fund which we believed were patently unfair. The Firm was selected and served as General Counsel to the 9-11 Widows’ and Victims’ Family Association and continues to represent victims in the terrorist litigation.

The Firm has represented numerous clients who have been injured as the result of ingestion of defective pharmaceutical medication. The Firm was actively involved in the representation of victims who used diethylstilbestrol (DES) manufactured by Eli Lilly to prevent spontaneous miscarriage. The medication was linked to cervical cancer, infertility and other medical problems. The Firm achieved excellent results for many of our clients.Merck, the manufacturer of Vioxx, recently withdrew its medication from the market because of evidence establishing that the drug posed substantial cardiovascular risks. Merck withdrew its drug after results from a study to see whether Vioxx could prevent a recurrence of colon problems found higher risks of heart attack in patients taking the drug for more than 18 months. Merck likely will be held responsible for these serious health problems caused by prescription medication Vioxx.

The Firm represents clients who develop mesothelioma, a rare form of cancer almost always caused by prior exposure to asbestos. Exposure usually occurs on the job in construction, home renovation, auto repair, brake repair, boiler replacement or repair, and even frequent cleaning and use of pizza ovens. There is no credible association between smoking and mesothelioma.

The Firm represents clients in automobile accidents, train, bus and marine accidents, premises liability and in actions against governmental entities for serious injuries or death. Many of these cases involve use of sophisticated computer recreations and creative use of demonstrative evidence. 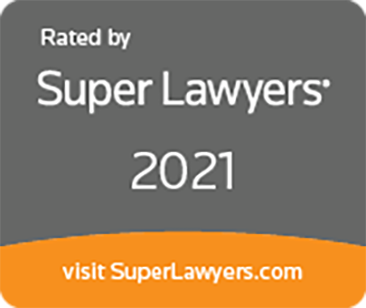